[Mark Collett, leader of the pro-White British movement, Patriotic Alternative, discusses the trend to blame anti-White occurences as being the work of “Satanists” .

CALLING THEM SATANISTS IS COWARDLY NONSENSE

The term ‘Satanist’ is what so-called ‘truth seekers’ use when they are commenting on a racial or ethnic issue that negatively affects white people but are too cowardly to actually mention either race or ethnicity.

Ways you can help contribute to m…

Sensitivity Normal – Content that is suitable for ages 16 and over

Ways you can help contribute to my work:

You can also donate to my work via Entropy:

My book, The Fall of Western Man is now available. It is available as a FREE eBook and also in hardback and paperback editions.

PLEASE NOTE: If you wish to debate with me in the comments about anything I have said, I welcome that. However please listen to the complete podcast and ensure you argue with the points I have made. Arguments that simply consist of nonsense such as “what gives you the right to judge” or “I’m a [insert religious affiliation] and you should be ashamed of yourself” or other such vacuous non-arguments will simply be ridiculed.

Not long ago the cucks who described themselves as “truth-seekers” began using a particular term to describe those doing anything detrimental to the West. That term was “Chicom”.

And for those who don’t know Chicom was an abbreviated version of “Chinese communist”. And Chicom was used to describe anyone who was pushing anything that had a negative effect on our people. So Hollywood and the anti-White filth it pumps out was all of a sudden the work of the Chicoms.

Now I am sure I don’t have to go into great detail to explain why this particular description of those who own and operate Hollywood is, to say the least, utterly ridiculous!

But these cucks who call themselves “truth seekers” have now evolved their language. And the term they now prefer to use is “satanist”.

Now, these people want us to believe that there is, in fact, some great satanic conspiracy aimed at destroying the West and everything we see unfolding can be explained as some part of a satanic plot. This is again utter garbage!

And in short, without ruining the rest of the video, the term “satanist” is what cowards use when they are consciously attempting to comment on a racial, or ethnic issue that negatively affects White people, without actually mentioning either race, or ethnicity.

For example, recently a so-called police whistleblower appeared in a Telegram chat to discuss the widespread issue of child abuse in Britain. And presumably he also had to account for the fact that the police were complicit in this abuse, as they covered it up. By both turning a blind eye to the abuse. But also by arresting those who tried to expose it.

This child abuse was overwhelmingly perpetrated by Muslims. And the victims of said abuse were overwhelmingly White. Yet apparently this was “satanic ritual abuse”. And when this whistleblower was pulled up on the fact that this unprecedented wave of grooming and sexual assaults had a clear racial, or ethnic, component, he meekly replied that sexual assaults are perpetrated by people of all colours!

What a complete cope. And saying sexual assaults are perpetrated by people of all colours, may be strictly true. But when one group of people who are not native to these islands are vastly over-represented when it comes to such attacks, and the police are involved in covering up their crimes, the issue isn’t satanism! It’s Islam, multiculturalism, and immigration!

And the establishment will do anything to prevent criticism of those sacred cows.

And as such it is increasingly unsafe to discuss the real reasons behind the rise of such grooming gangs. And the use of the term “satanist” when describing the perpetrators of these crimes has become more popular amongst those who lack a spine.

Similarly, I have noticed the term “satanist” being used to describe the perpetrators of other crimes.

Most notably in the case of Jeffrey Epstein. The amount of people who have attempted to claim that the Epstein sex trafficking scandal was somehow part of a satanic ritual, is quite staggering!

However the Epstein scandal was not satanic. Quite simply Jeffrey Epstein, was jewish. And he was in the pay of the Israeli government.

Epstein was running a large and very well established honeypot operation, where young ladies, some of whom were underage, were provided to leading politicians, public figures, and members of various aristocratic groups, for their sexual pleasure.

This led to Epstein and the Israeli government building a large portfolio of dirt on leading politicians and influential figures from all over the world. This ensured that the people compromised would always do the right thing when it came to issues involving Israeli interests.

Further to this, Epstein’s alleged accomplice, Gillaine Maxwell, is the daughter of Robert Maxwell. Robert Maxwell was also an agent for the Israeli Secret Services. And on his death he was afforded a lavish funeral in Israel. Attended by the then Israeli Prime Minister Yitzhak Shamir, Israeli President Chaim Herzog, and at least six serving and former heads of the Israeli Intelligence Services, and many dignitaries and politicians from both the government and the opposition.

He was buried on the Mount of Olives in Jerusalem. But I’m sure that these cucks will just call that a coincidence.

But, of course, according to the spineless “truth seekers” the Epstein sex trafficking scandal was all “satanic” and had nothing to do with Israel! Because just like with the issue of grooming gangs in the UK, it is rather unsafe to discuss issues relating to Israel’s political influence over Western nations.

And the latest and most bizarre example of the use of the term “satanic”, has been in relation to the recent Astroworld Festival where the crowd rushed the stage, resulting in 10 people dying and more than 300 being injured.

Now some people have tried to say this was all part of a satanic ritual. And those people who died were being offered up to Moloch, or some other such garbage.

But let’s take a moment to examine the evidence. Astroworld is an annual music festival run by the black rapper, Travis Scott. Travis Scott has a long history of running unsafe events, and in particular inciting fans to rush the stage and praising those who participate in these idiotic charges. He even publicly stated that he liked the crowds at his concert to be like “wrestling matches”!

Scott is clearly remedial! Interestingly Travis Scott has also previously been arrested on several occasions for inciting fans at concerts to rush the stage, and ignore event security.

In 2015 he pleaded guilty to charges of disorderly conduct after incited fans to climb over security barricades and storm the stage at Lollapalooza.

Furthermore before this year’s Astroworld TMZ reported a promotional video for the event actually played up the danger of attending the festival, with spliced news clips hyping the prior year’s chaos. What’s more, pictures and comments on Travis Scott’s personal Instagram glamorized the fact that fans had been injured at previous events.

But it doesn’t end there, the medical staff at Astroworld, Paradox World-wide and the event security contractor, Contemporary Services Corporation, were both the subject of multiple recent, or ongoing lawsuits seeking damages for deaths and, or injuries at concerts staffed by their personnel.

So in summation you had a situation where a black rapper who had a long history of causing carnage at his events, held an event that was secured by medical staff and security personnel from firms who were already subject to multiple lawsuits from people who had been injured at events that they were in charge of securing. Yes! This was a recipe for disaster.

But no one is going to blame Travis Scott, because he is black! And if someone says that a black rapper has acted in a dangerous, stupid, or childish manner, they would be branded a racist!

The Astroworld disaster was the result of black people being placed in a position where they are completely beyond reproach. Because any criticism that is leveled as a black person is regarded as “racist”! And anyone leveling such criticism effectively commits social suicide.

So these so-called “truth-seekers” just airbrushed out the racial aspect of the Astroworld disaster, and called it “satanism”!

Calling everything the work of satanists is just the latest cowardly nonsense spewed out by those who don’t have the spine to talk about race and ethnicity. Those who use the term “satanist” to describe the perpetrators of every single issue affecting the West, are the same cowardly cretins that refuse to acknowledge the realities of demographic change.

The people who ignore the truth and choose to use meaningless terms like “Chicom” and “satanist”, do so in order to occupy an ideologically safe space, in an attempt to avoid being called racist, anti-semitic, or Islamophobic.

These people are cowards and their nonsense serves as an ideological dead-end street for those who look to them seeking the truth. 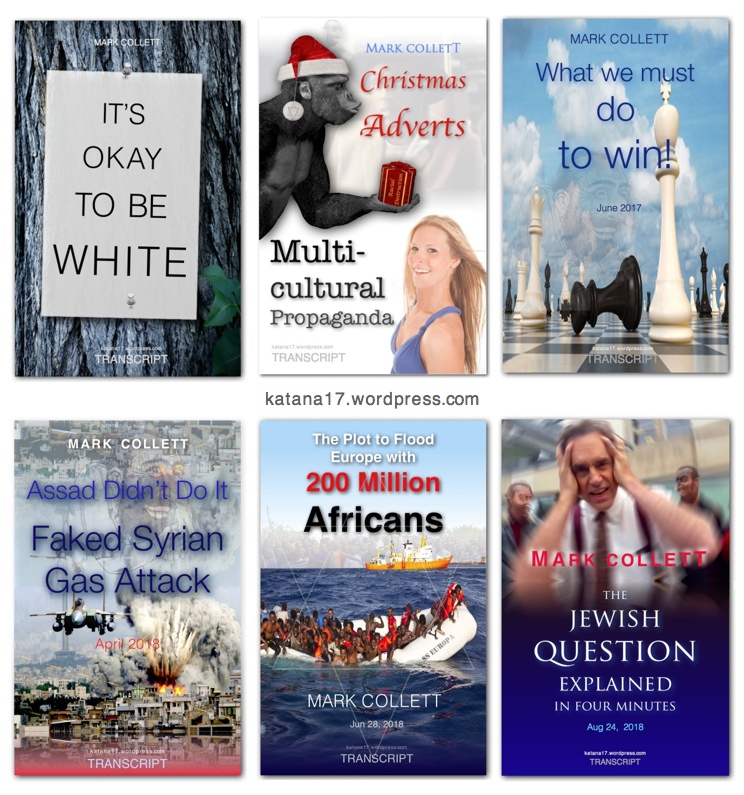 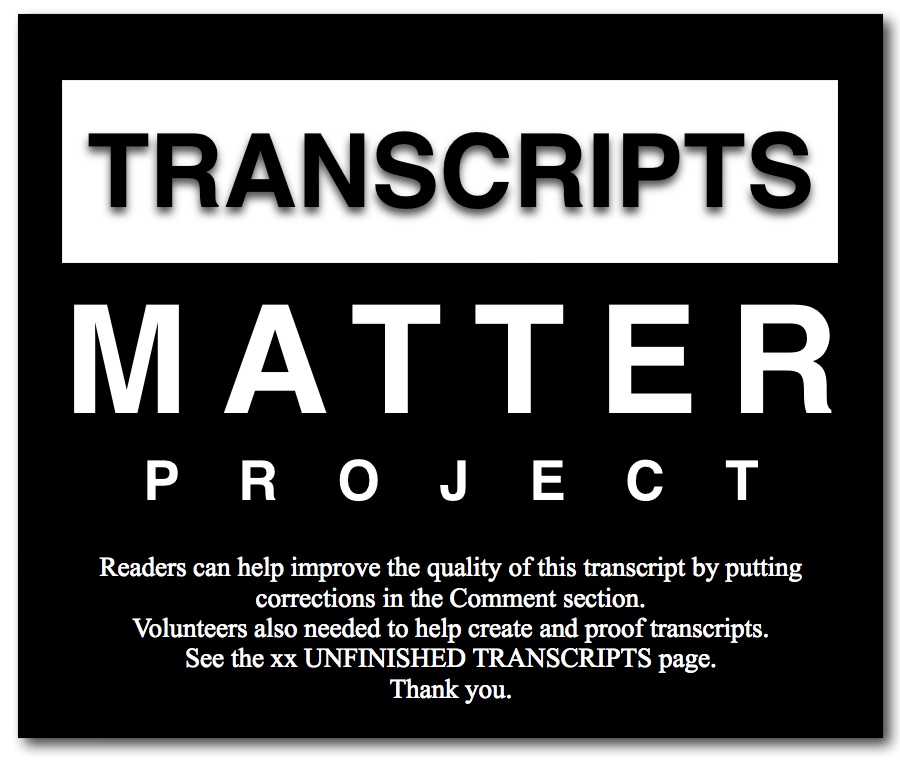 This entry was posted in Mark Collett, Satanists, Transcript. Bookmark the permalink.