Here’s a collection of links to various sites that I’ve found to be useful.

(Not in order of importance, just as I add them.)

Archive of Videos and Podcasts with Andrew Joyce.

“Mark Collett is a British Nationalist and political activist who has been actively campaigning on a patriotic platform since the turn of the century. The former Head of Publicity for the British National Party and the man in charge of the BNP’s successful GLA and European Election campaigns, Mark now works with a variety of groups and individuals within the UK and abroad.”

Meet the new blog, same as the old blog. 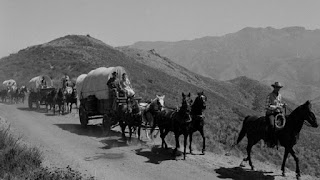 It’s been quite a journey hasn’t it? After being turfed off of Morgoth’s sofa, then Theberton’s and now so it sadly seems with Jim missing in action you’re all in need of a new place to crash. Well you’ve arrived at the worst dive of all, lumbered with Badger and Copyright, because, well, nobody else seemed willing to play host, so it’s all your own fault really.

Nonetheless, you ragtag bunch of Nationalist wanderers, we welcome you to what we hope will become the current blog, whether you like it or not.

Of course we know not what has become of Jim, or if he will return. We hope of he is well and if he should turn up then you’ll have two places to go instead of one, but in the meantime, we are here for you. Can you feel the love already?

So what we’re doing here is providing a fresh look with a magaziny format but the function is just the same as the other places; to provide a place for you all to laugh, cry, slap each others backs or bicker endlessly, hang out and comment to your hearts content.

So what can you expect from us? Not a lot frankly. You’ll get a once weekly post, likely of low quality unless inspiration miraculously takes us. Perhaps inspiration will strike you, if it does then send us what you’ve got, there’s every chance we’ll publish it, just out of desperation and our own laziness.

What we expect from you is no fed-posting. We’re in the UK so bear that in mind before you go too far.

With two of us around it should provide some stability and permanence. If one of us should die, be abducted or become a rabid leftist and abandon you all you’ll still have one of us to shout at.

So, there you have it. Maybe you’re happy, maybe you’re not. Either way why not tell us about it below.

LATE BREAKING NEWS: Mr. Tony Hayers has kindly agreed to be a moderator so we’re all set.

Morgoth’s Review blog offers a Non Politically Correct spin on news, politics and popular culture. If you are easily offended or of a Liberal persuasion this is not the place for you.

On the 17th of June 2016, I went through a door. I released a short video on a taboo subject. The video is called “Sorry Mom, I was wrong about the Holocaust”. A few days later I released the German edition entitled “Entschuldigung Mama, ich hatte Unrecht was den Holocaust betrifft”.

The purpose of this blog is to chronicle life on the other side of that forbidden door. It will serve as a place to keep track of articles that have been written by others, as well as a place for me to share ideas and reflections on the big issues of our time.

UPDATE: Site was banned by WordPress in Feb 2021. A new site is being worked on.

WTF. A pro-White perspective on jewish influence and the tendency toward treason it inspires.

The object of life is not to be on the side of the majority, but to escape finding oneself in the ranks of the insane. – Marcus Aurelius

Live not by lies. – Alexander Solzhenitsyn

A new organization started by Mark Collett and Laura Towler to defend and promote the rights of the indigenous people of Britain.

A website run by Simon Harris, an Englishman living in Barcelona, Spain since 1988:

“I started a YouTube channel in December 2016 and soon began discussing the Muslim problem in the UK. This got me involved in the Counter-Jihad.

By the end of 2017, I was waking up to Race Realism, and the JQ soon followed.

I had gone from unaware NPC normie to radical Third Positionist in a little over 12 months. It was a bit of a shock to the system.”

The aim of the Committee for Open Debate on the Holocaust is to promote intellectual freedom regarding the “Holocaust” and to offer a forum to those who contest the orthodox Holocaust narrative. Read our letter-size flyer “The Holocaust Controversy: The Case for Open Debate”, our 15-page color brochure Holocaust Skepticism: 20 Questions and Answers about Holocaust Revisionism, watch the below introduction video, or read more about us here.

The CODOH Revisionist Forum is the world’s largest and liveliest revisionist-moderated on-line discussion of the Holocaust.

Groundbreaking Research Books on the Biggest Taboo of the Western World

Holocaust Handbooks – This ambitious, growing series addresses various topics of the infamous “Holocaust” of the WWII era. Most of them are based on decades of archival research in archives all over the world. They are heavily footnoted and referenced. In contrast to most other works on this issue, the tomes of this series approach its topic with the necessary profound academic scrutiny and a critical attitude. Any Holocaust researcher ignoring this series will remain oblivious of the most important research results in the field.

This site seeks to revive the true spirit of the historical revisionist movement; a movement that was established primarily to foster peace through an objective understanding of the causes of modern warfare. Slightly over 30 years ago, James J. Martin (1916-2004), one of the deans of revisionist history of the Twentieth Century coined the term “Inconvenient History” in the title of his collection of essays, The Saga of Hog Island and Other Essays in Inconvenient History. Martin explained “inconvenient history” as:

a literary enterprise and an exercise in intellectual curiosity intended primarily for the record, and which is not in the service of or dedicated to the welfare of any specific group or force, as well as being a modest indication of what can be done using none but materials which are part of the public record.

Today we have crossed over from a time of “political correctness” to one of outright Orwellian “thought-crime” where certain historical studies are strongly discouraged and in many once-free democracies even outlawed. But a recent interest in discovering the facts about the twentieth century’s two world wars and their aftermath as well as the consequences of those events inspires us with new courage and optimism. Harry Barnes said that correction of the historical record could only occur in light of a calmer political atmosphere, and a more objective attitude. He was surprised to find that even 25 years after the Second World War, such an atmosphere had not yet developed. …

Originally from Omaha, Nebraska, he currently resides in Southern California. John is a regular reporter for American Free Press, a biweekly national newspaper based in Maryland. He has also contributed to The Barnes Review, the bimonthly history magazine affiliated with American Free Press. John is a columnist for Rense.com, one of the most popular alternative media outlets in the world, and has appeared as a guest on numerous popular radio programs. …